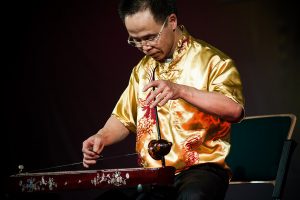 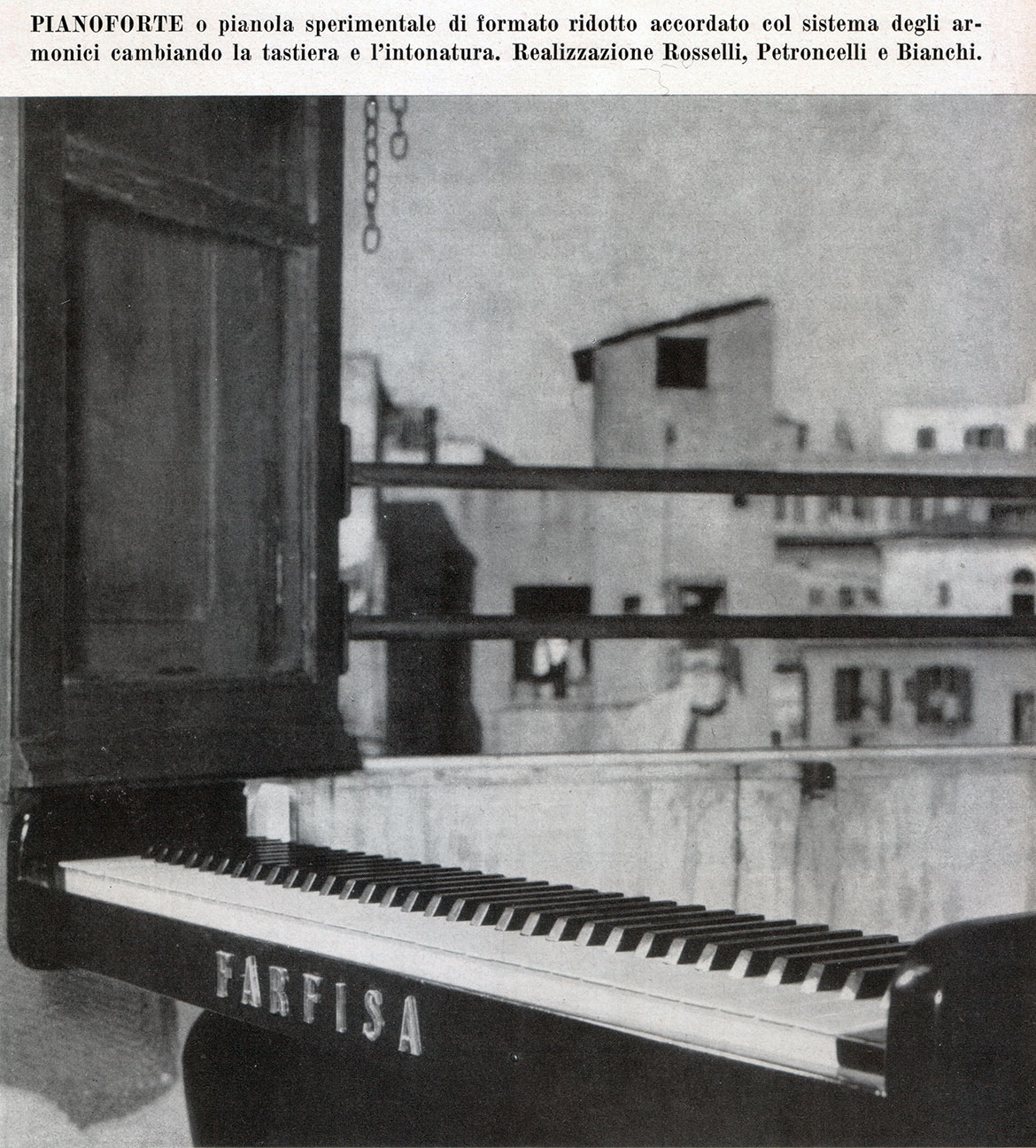 […] in July 1984, bingo, Stoney presented us with some new chips and said look-in-there-at-byte-so-and-so, perform a write-read, and you’ll get the pitch table. At the time, I didn’t have any idea what it did, but I pulled out all the numbers, dumped them into the Hewlett-Packard 9825, and fiddled around with them until I figured out how to do some things. There was a small section of 12 x 2 byte values that the Synergy actually used for tuning, with all the values for all the other octaves derived from those through 2:1 (octave) ratios. I found the way to convert those from Hertz into cents, wrote a piece of software that slowly grew and grew and grew but finally made it possible, after much hassle and lots of math and tricks, to move the notes individually with a resolution of about 1.5 cents. It made it very easy to set up all kinds of WHAT-IF situations. For example, one piece on the new album, ‘Just Imaginings,” was based on asking WHAT IF all the notes of the scale were tuned to represent the closest natural harmonic overtones from a single fundamental. That means you have to store the overtone series for every key-note with which you want to work. I wound up with an array of 12 times 12 (144) different pitches in the octave, each of which represents a pattern of the 12 closest-fit partials to a particular fundamental. You play the piece by starting in one key and then as you move along to another, you hit a reference key on a special little keyboard and it instantly retunes the whole instrument.

The last part of this track ends by going through the entire cycle of 12 pitches-the “circle of fifths,” if you will-except all in perfect tuning. That’s one of the things you aren’t supposed to be able to do, which is exactly why I did it! The nice thing about this Harmonic Scale, as I call it, as opposed to normal just intonation, is that you can put down a cluster, just play anything, like a three-year-old kid, and it will always be in tune. The accompaniment at the end is a continuous cluster. Every note remains down, but from moment to moment all the notes are slightly retuned to match whatever note the melody and bass is playing, so the same cluster always harmonizes the melody perfectly. […]

[…] My harmonic scale, which is one of the ones that I spoke about in some of the things I’ve mentioned to you, is one that would be great for improvised jazz, because, like “You Say, I Say” and “That’s Just It,” the pieces from Beauty in the Beast that you recall from years ago, they used tall chords that were very much like a Brubeck would have used, but within the realm of a harmonic scale, where you have the overtones going all the way up to 13, 15, 17… You can’t do what the equal-tempered scale does, but instead are forced to do things that are very, very different, and very, very provocative. And it implies a new type of jazz harmony which would allow beautiful melodies to be rolled on the top of [it], as the best of jazz has always done. Yeah, it’s so ticklish. It leaves me a little giddy with delight at the possibilities. […]

As you can see, I’ve left some harmonics out,” Wendy points out. “But I have enough to deal with within the confines of the standard 12-note per octave keyboard we’re forced to use until we can scrape up the funds to build a multiphonic generalized keyboard.”

A little thought will show that if that were all there was to it, transposition wouldn’t work, since the intervals are all tuned relative to a fundamental of C. The solution? Store a different tuning table using each of the twelve notes in an octave as the fundamental. When you’re playing in C major, you use that tuning table. To play in F, change the tuning table and play away. For you mathematical types, that’s 144 notes per octave.

Each tuning table was originally called up using the HP’s function keys, but later Wendy got the idea of using a one-octave music keyboard to trigger the function keys remotely. When she needs to transpose, her left hand plays the appropriate note on the one-octave keyboard which tells the HP to change the Synergy’s tuning table. “This scale lets you have your cake and eat it too,” she says. “You can modulate anywhere and be in perfect tuning at all times. Of course, if you play like a bat out of hell, you really don’t notice the perfect aspect of the tuning. But if you play slow passages, you hear the lack of beating between intervals right away. Some of the wilder harmonies using the eleventh partial, which is a perfect quarter-tone, could never be used before.” The arpeggio on the Soundpage illustrates this point.

One interesting side effect of the perfect scale is that if you hold down a cluster, you will hear one note sticking out below the others. This note is the fundamental, which is being reinforced and implied by all the other notes, which of course are harmonics of it. This phenomenon can be observed in the high cluster chord played on the Soundpage. […]